Our freind and neighbor George came up to build another 10' diameter wind turbine. 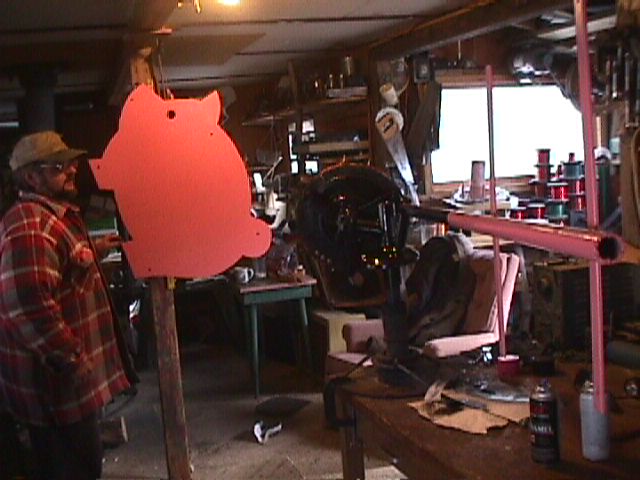 George's wife collects anything to do with pigs. Pictures, cups, statues, wind turbines....

The wind turbine is starting to look nice here with glossy black paint and a pink tail. 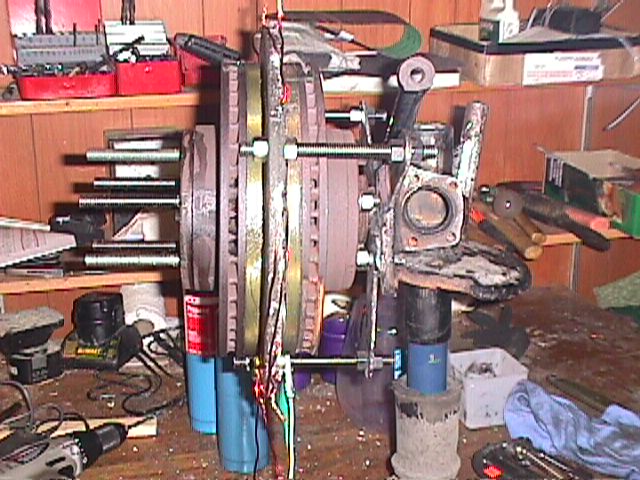 Just another alternator made using the volvo 240 strut tower, and brake disks. Again, we've put 12 2" diameter X 1/2" thick magnets on each rotor. Georges coils are wound with 35 windings of #12 wire, and the stator is wired in Star. This is somewhat of an improvement over the earlier machines which we had wired in Delta. 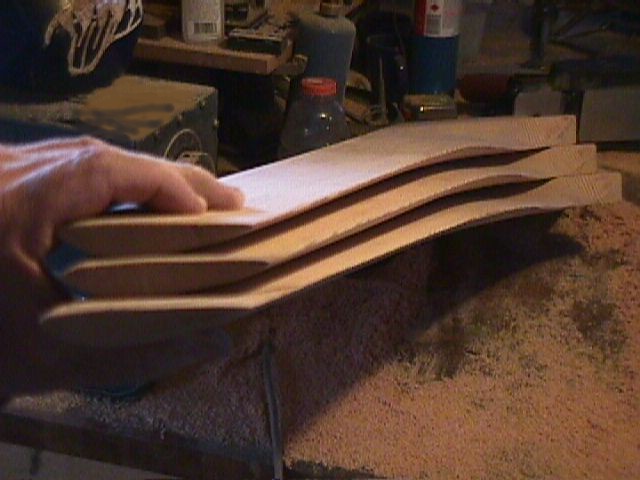 Here's a fun shot of Georges blades. These were made from nearly perfect (and expensive) knotless vertical grain fir. 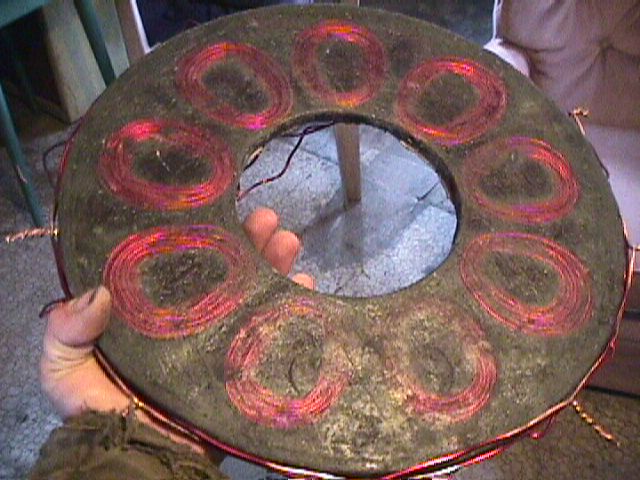 The stator came out pretty well. We cast these with polyester resin, the sort you buy at an autoparts store for fiberglass layup. There is a layer of fiberglass to reinforce the stator on each side of the coils. 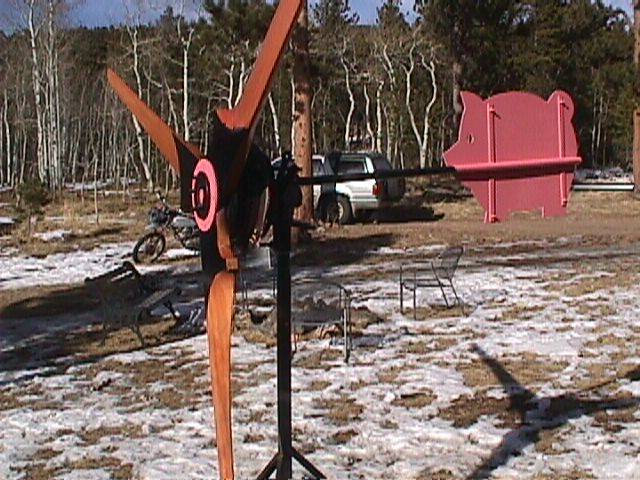 Here it is all finished up ready for a tower! George was motivated throughout, this one took a little over 3 days to build start to finish. It came out pretty nice overall.. probably the nicest of them all so far. Shortly after finishing this, George built his tower from pipe so that he could bring it to his cabin in pieces, and he welded up a nice pivot for the base. Before we brought the machine up, he'd poured nice concrete guy wire mounts and a base for the tower. 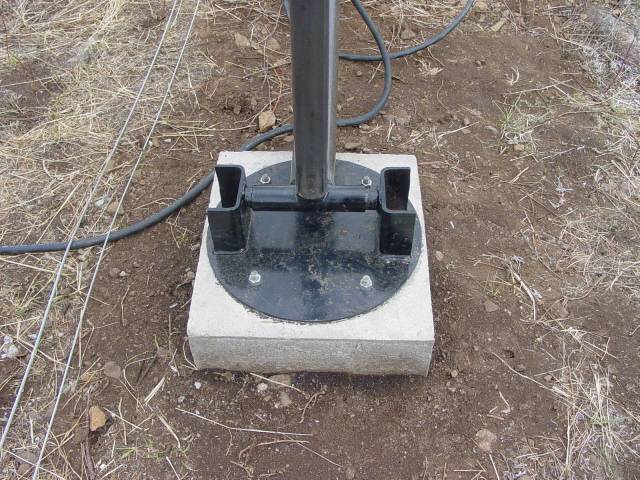 Above is pictured the hinge for Georges tower. The tower is 41' tall. When we made the hinge, we welded pipes to the hinge so that the gin pole and the tower itself could simply slip over these pipes, and we could hopefully assemble it on site with no welding. 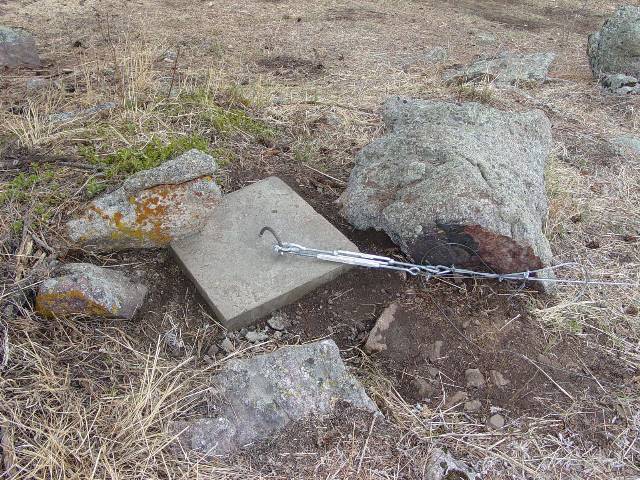 Georges guy wire mounts looked pretty nice! He did 3 like this, and one we were able to drill into solid rock. 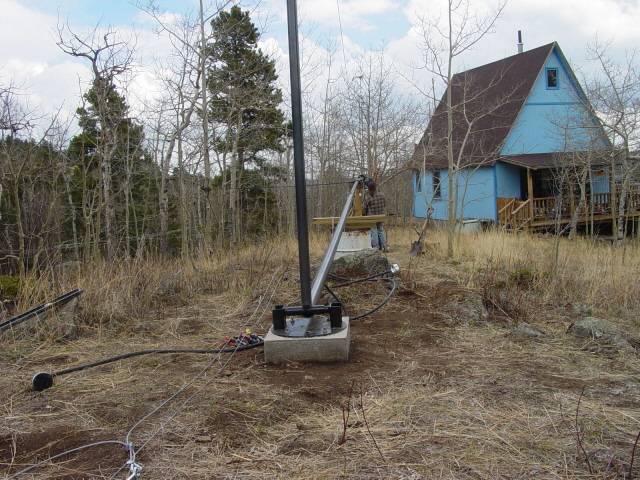 Above is pictured Georges tower just before we test raised it. This is a great wind site, he's up on a knob and 40' puts him well above any obstructions for... perhaps 10,000 miles to the east and a mile to the west. This is probably the best site we have up here. 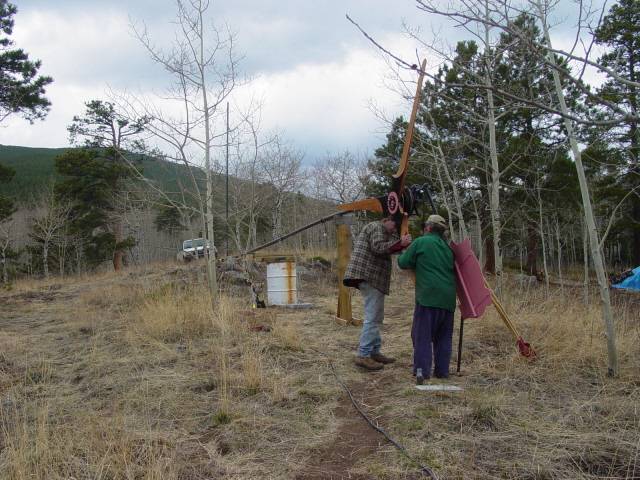 Here the machine is being assembled on the tower top. It was a pretty nice day, but threatening to rain or snow.. and we could hear distant thunder. We're hoping at this point that well be all finished up in about half an hour. We'd allready test raised the tower, so everything should be OK! 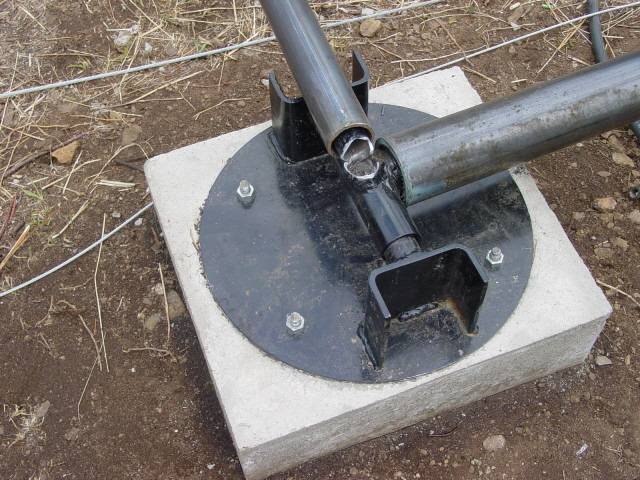 We went to raise her with a truck. Got the windturbine about 10' off the ground when the jin pole snapped off! Normally we'd put a gusset in to strengthen things, but we figured it'd be strong enough.. and this simplified the on site assembly (so we thought). It probably cracked when we test raised the tower, and it came past center to rest on the jin pole before we had the guy wires adjusted properly. Basicly.. it simply wasn't strong enough. Lesson learned! 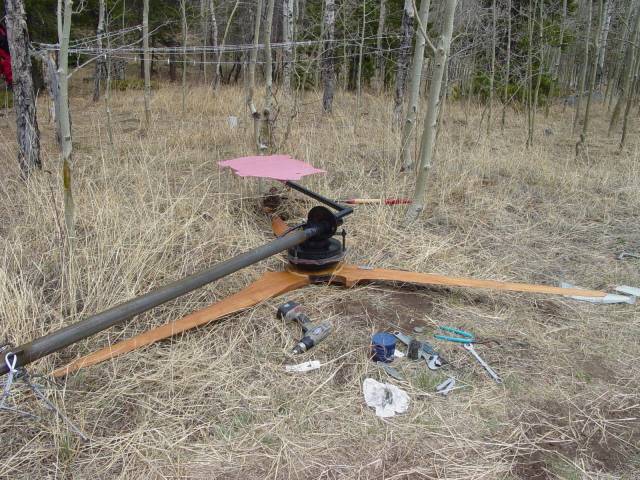 Of course the wind turbine came crashing down. We got quite lucky, nothing was damaged! One of the neighbors came by, saw it fall, and offered to go up and get his welder so we could fix it right away! At this point its thundering and starting to rain. We went up, turned out his welder was a 1500 pound Lincoln diesel, which we loaded into his truck with a tractor. We brought it down and starting bringing that up to the site. 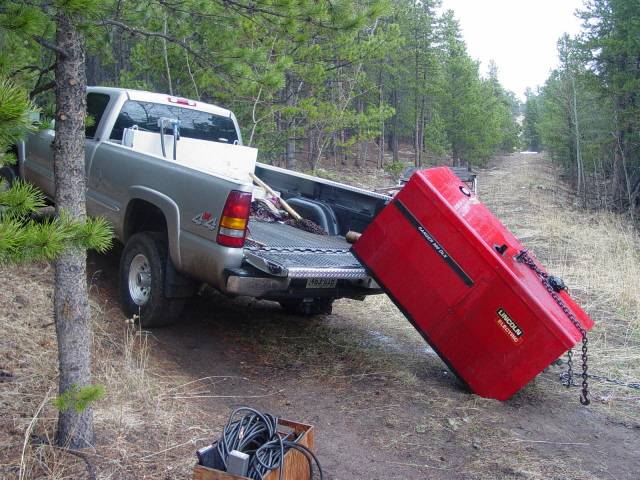 Should've strapped that in I guess! This would be the 2nd generator we dropped in one day... 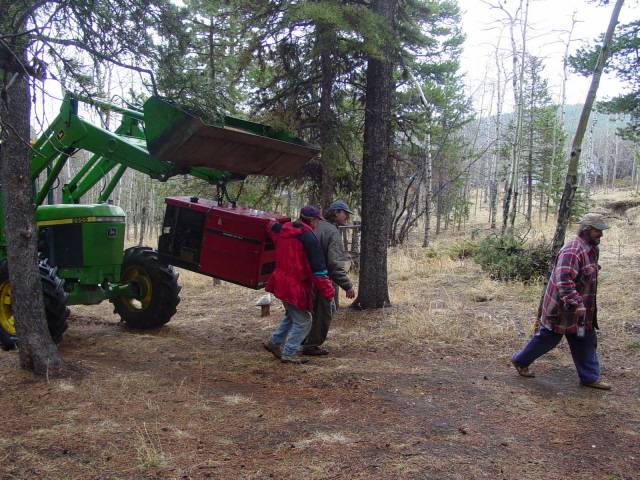 So we drove back and our very kind and patient neighbor got his tractor so we could load the welder back up. At this point there's close lightning, rain and snow and were feeling very driven to get things done quickly. 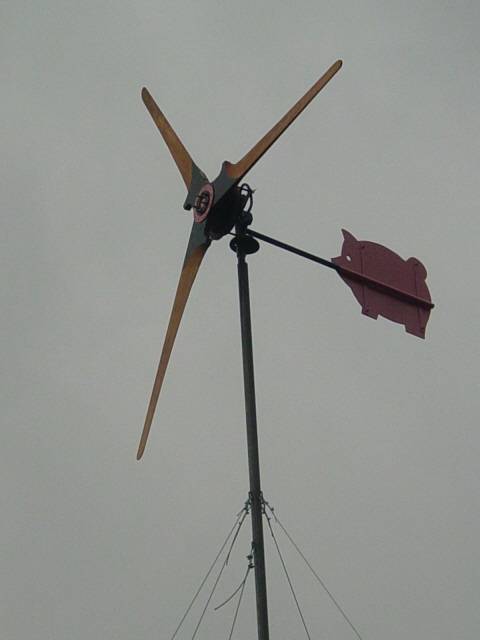 After fixing the tower it went up with no problem, unfolded, and started turning immediately. I've not had a great deal of time to watch this yet, but it seemed to be doing pretty well - perhaps it's got a minor stall problem, but it seemed pretty responsive and was producing over 100 watts in very light winds. George also has an Air 403 at this site, very nearby. We were producing 8 amps (about 100 watts) before the Air was even turning. When the little Air 403 wind turbine finally did start turning and making a good bit of noise (but less than 1 amp) we were producing around 200 watts. It was not a windy day. And.. like all of these machines, it's very quiet.

Click Here for the first page all about the rooster and the whale!

Click Here to visit Hugh Piggott's page, his plans, books, seminars.. and advice have been very helful and inspiring.

Click Here to visit the page we made last summer with further details about the construction of machines like these.